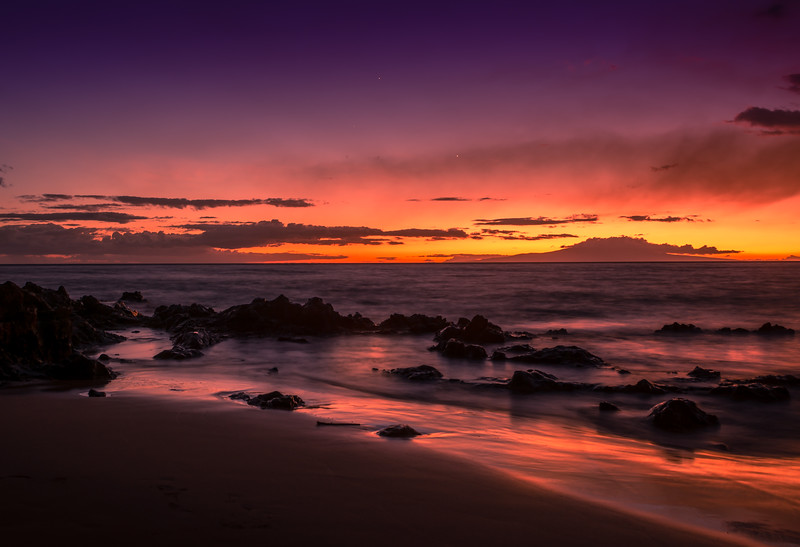 Two pairs of planets performed in the August - Maui twilight

This photograph was taken on a beach in south Kihei (Maui) at approximately 30 minutes past sunset when the sun is well below the horizon on 20th of August 2016. With the atmosphere, clean and clear two planets, Mars and Saturn seen below are performing in the August Maui sky at twilight between (August 17–22, 2016). It had dawned on me later when viewing all my images in post that these specific stars or planets are seen clearly and appeared each night as a triangle moving to line up vertically on the 23rd and 24th of the month. Source Sky & Telescope. These planets are Mars which is the bright orange star and to the right of Saturn top of the triangle, both planets to the left of where the sun appeared are left of the volcanic island of Kahoolawe background. The Antares star appears twinkling to the left of Saturn and Mars forming the triangle.